Imagine, walking traveling with the Apostle Paul through Greece. From his landing in Neapolis, inland to Ancient Philippi, then on to Thessaloniki. Stand where Paul preached to the Berians. Then visit Ancient Corinth before heading to Athens. You will stand on Mars Hill and, like the Apostle Paul, look out over Athens, from the shadow of the Parthenon to its Agora Market Place.
Experience Greece with the guidance of Pastor Derek Schneider who is the host of “Beyond the Four Walls” a Christian television program and author of a number of books on Christian foundations for living. Also, Vassilios Tsirmpas, a Greek Christan attorney and pastor, who will be bringing Greece alive right before our eyes. They will help you better understand the hard work of Paul as he planted the churches that would be the keepers of the Christian faith through the ancient era and into modern times. 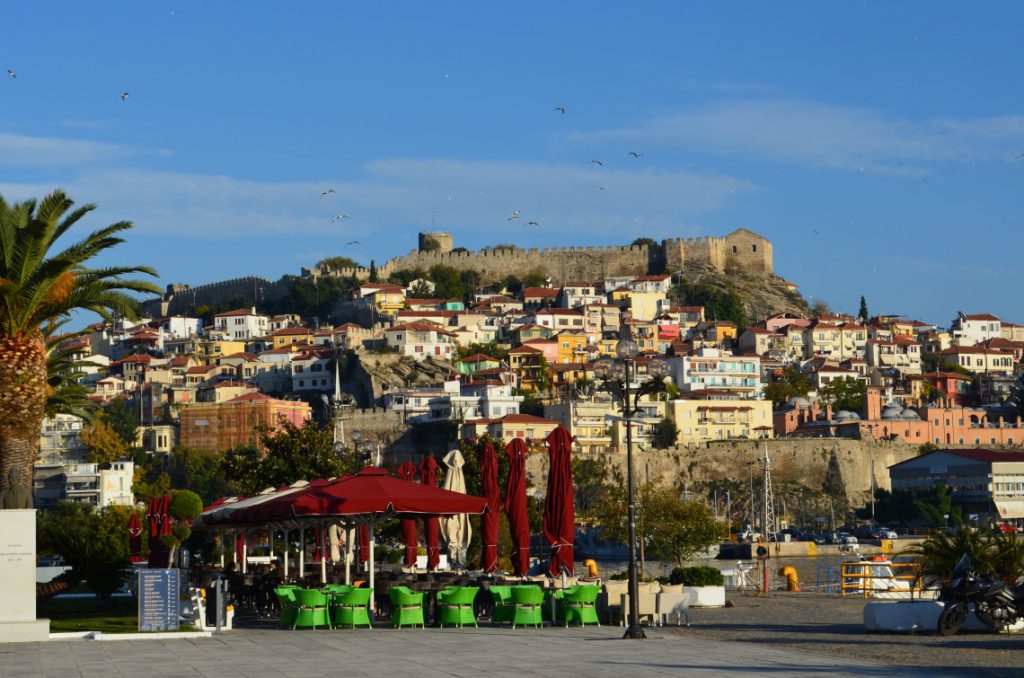 You will stay in 5 Star hotels. You will travel the steps of Paul in the comfort of a modern travel coach. From the coastline of northern Greece in Kavala to the shadow of the Acropolis in Athens, you will experience a mixture of ancient Greece and the modern country. International Human Rights lawyers: Vassilios Tsirmpas, a native of Athens, and Joel Thornton will provide insight in the secular history of Greece and the modern culture as well.

In Neapolis, the modern city of Kavala, you will walk along the ocean at the port where the Apostle Paul first entered Europe. From there you will head to Philippi, walking the steps of Paul as he planted the first church in Europe. The land will come alive under the teaching of Derek and Vassilios, teaching about the first European convert to the Gospel, Lydia.

From there you will travel to Thessaloniki and see the life of Paul unfold in the ancient ruins which still survive in the modern city. While in Thessaloniki you will experience life in modern Greece at the open air market in the city center. You will also have the opportunity to meet some of the heroes of modern day Christianity who are actively fighting human sex trafficking in Greece and beyond.

Next up is Beria, known in modern Greece as Veria, where the Apostle Paul was received with open arms. From Beria you will travel across Greece to Ancient Corinth where you will walk among the ruins literally following in the footsteps of Paul. While in Corinth you will visit with a local church by the sea. The day in Corinth will culminate with a hike up to the Ancient Fortress of Corinth. That night you will have dinner in and tour the city of Nafplio, the first capital of modern Greece.

From Nafplio you will return to Athens with an afternoon tour of the Acropolis and visit to Socrates’ Prison. Your time in Athens includes visiting the Agora Market, the Temple of Zeus, Mars Hill, and other sites in the city. You will also have at least a half day free to tour Athens on your own or as part of small groups that we will be leading.

The cost of the tour includes: roundtrip airfare from Atlanta or Toronto to Athens, hotels for every night, breakfast and dinner every day, motor coach transportation, museum and archeological site admissions. It does not include lunch each day and souvenirs.